We sell used cars that were hand picked for reliability and your safety. 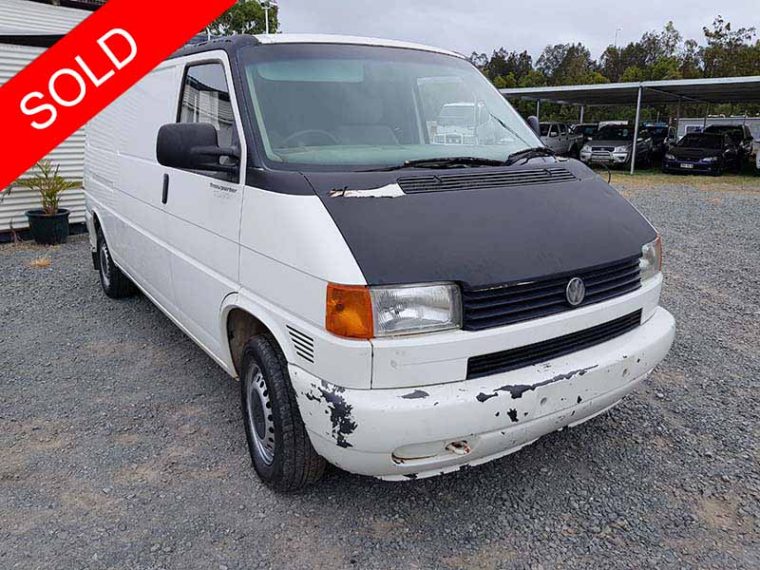 Not running. I drove it about 18 months –  2 years ago. Then parked it out the back and one of our workers was living in it for a while. Cranks but now it wont start. Our auto electrician said it needs a starter motor because its cranking too slow. Come and check it out for yourself.

Before we parked it up and let old mate sleep in it, it was running fine, not smokey and we had a RWC for it – but that’s expired now and it hasn’t been driven since.

Wife says she’s sick of the unfinished projects laying around the place. So I have to sell it as is where is. And my loss is your gain.

1999 Volkswagen Transporter T4 2.5L 5 cylinder diesel engine with 5 speed manual transmission. Non Runner. As Is. Where Is. Guaranteed clear title with no finance owing. Guaranteed car has never been a write off nor stolen.

Enquire now, bring a car trailer or tilt tray and snatch a bargain.